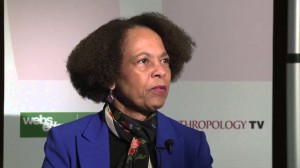 The Center for Place, Culture and Politics invites you to:

Join us for the launch of three timely books, Building Power From Below: Chilean Workers Take on Walmart by Carolina Bank Muñoz, Curated Stories: The Uses and Misuses of Storytelling by Sujatha Fernandes, and Landia by Celina Su, that look at the joy and poetry of collective struggles. Panning through the voices of Chilean Walmart workers, Afghan women writers, West Indian domestic workers in New York, and Burmese refugee children in northwestern Thailand, these books explore what it means to tell one’s story, the value and peril of symbolic power, and the poetry at the heart of social struggles in the contemporary world. Authors will discuss themes from their books, followed by a Q & A with the audience.

Sujatha Fernandes is a Professor of Political Economy and Sociology at the University of Sydney. Her work explores social movements, storytelling, and cultural politics in the Americas and globally. Her books include Cuba Represent! (2006), Who Can Stop the Drums? (2010), and most recently Curated Stories: The Uses and Misuses of Storytelling (2017). Her literary work includes a memoir on global hip hop, Close to the Edge: In Search of the Global Hip Hop Generation (2011), as well as essays and short stories published and forthcoming in the New York Times, The Nation, The Maine Review, Aster(ix), and elsewhere. Fernandes has also worked as a faculty co-leader in the Narrating Change, Changing Narratives research group of the 2014-2016 Seminar on Public Engagement and Collaborative Research from the Center for the Humanities at the Graduate Center, CUNY.

Carolina Bank Muñoz is currently Tow Professor of Sociology at Brooklyn College and the CUNY Graduate Center. She is an activist-scholar whose work focuses on immigration, globalization, labor, work, and Latin America. Her most recent books include Building Power from Below: Chilean Workers Take on Walmart with Cornell University Press and Walmart in the Global South (with Bridget Kenny and Antonio Stecher) with the University of Texas Press. Her previous book,Transnational Tortillas: Race, Gender and Shop Floor Politics in Mexico and the United States, was the winner of the Terry Book Award. She is currently working on A Peoples Guide to New York City with Penny Lewis and Emily Molina (University of California Press 2019). 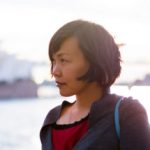 Celina Su is the Marilyn J. Gittell Chair in Urban Studies and an Associate Professor of Political Science at the City University of New York. Her publications include Streetwise for Book Smarts: Grassroots Organizing and Education Reform in the Bronx (Cornell University Press) and essays in Harper’s, n+1, and elsewhere. She has received several distinguished fellowships, including a Berlin Prize and a Whiting Award for Excellence in Teaching. Her first book of poetry, Landia, was published by Belladonna* in 2018.

Co-sponsored by Advanced Research Collaborative (ARC); the Center for Place, Culture and Politics; the PhD Program in Sociology; and the Center for the Humanities at the Graduate Center, CUNY.

THIS EVENT IS FREE AND OPEN TO THE PUBLIC.

Need help with the Commons? Visit our
help page Send us a message

Built with WordPress | Protected by Akismet | Powered by CUNY